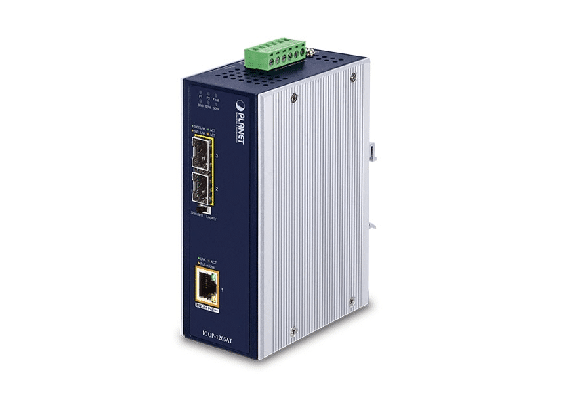 Being able to operate under the temperature ranging from -40 to 75 degrees C and with an IP30 rugged case, the IGUP-1205AT can be placed in almost any difficult environment.

The maximum distance between a PoE PSE (power sourcing equipment) and PD via Ethernet cable is 100 meters. To extend the PoE deployment range, the IGUP-1205AT is integrated with fiber interface for farther distance applications. The IGUP-1205AT’s fiber connector type is as follows:

Two SFP slots supporting 100BASE-FX/1000BASE-X multi/single mode SFP module and transmission distance up to 120km (Varying on SFP module)
With the long fiber distance support, the IGUP-1205AT still sustains the transmission performance as high as 1000Mbps. It works in the high-performance Store and Forward mechanism, and also can prevent packet loss with IEEE 802.3x flow control. Furthermore, it can immediately alarm the administrators the issue from the link media and provide efficient solution to monitor the network power usage.

Complying with the IEEE 802.3bt Power over Ethernet Plus technology, the IGUP-1205AT provides up to 95 watts of PoE output power, tripling that of the earlier 802.3at. Through, the Legacy function in the DIP switch design, it is also backward compatible with 802.3af/at PoE standards to allow users to flexibly deploy standard and high powered devices simultaneously with no need of software configuration. With data and Power over Ethernet from one unit, the IGUP-1205AT can reduce cable deployment and eliminate the need for dedicated electrical outlets on the wall, ceiling or any unreachable place. 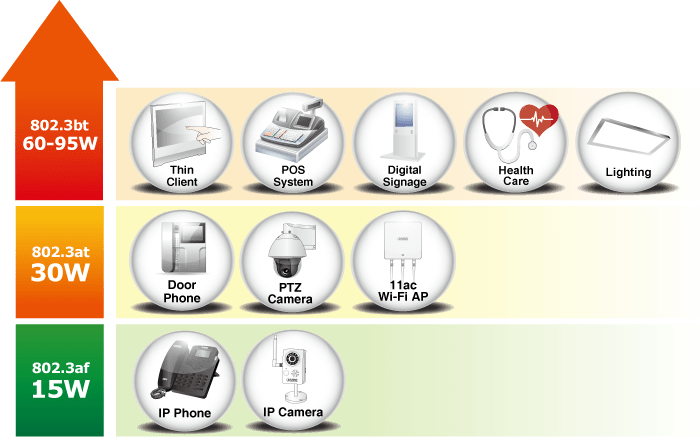 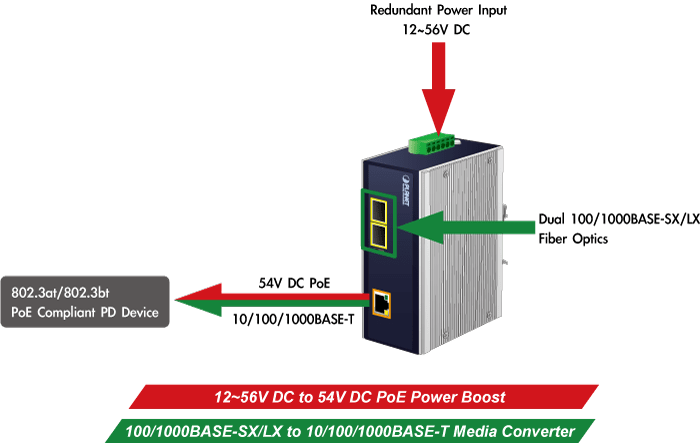 The IGUP-1205AT is specifically designed with durable components and strong housing case to operate reliably in electrically harsh and climatically demanding environments like plant floors or curbside traffic control cabinets. The IGUP-1205AT is packaged in a compact, IP30 rugged case that allows either DIN-rail or wall mounting to have the efficient use of cabinet space. With IP30 rugged case protection and PoE design, the IGUP-1205AT is ideal for service providers, campuses and public areas to deploy PoE wireless access points, IP cameras or IP phones in any places easily and efficiently with cost-effectiveness. It can also operate in wide temperature range of -40 to 75 degrees C, so it can be placed in almost any location. 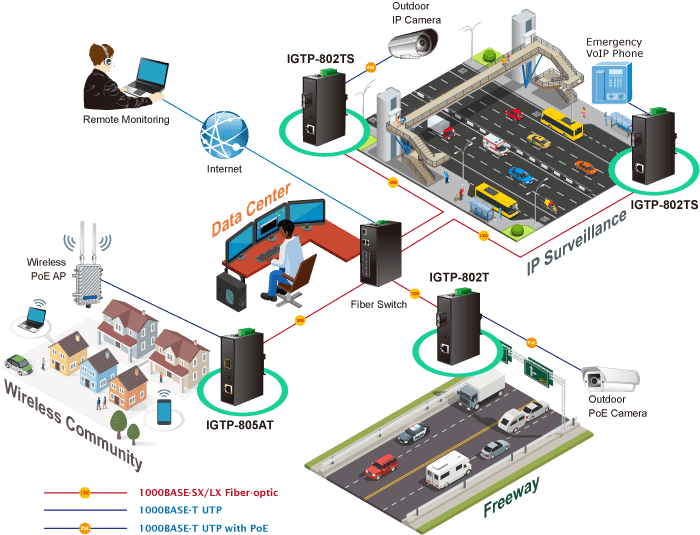